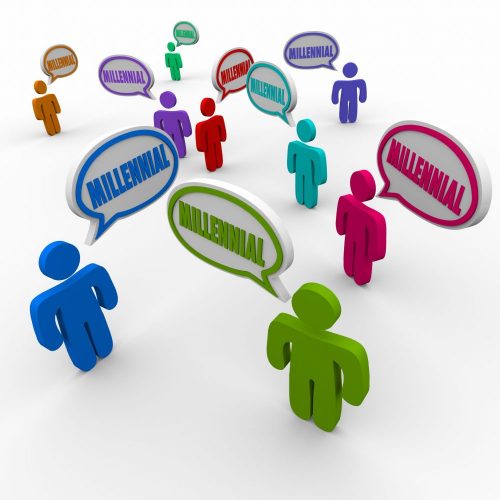 An excerpt from Staying Power:

Think we should avoid putting everyone into buckets by birth year? I agree. So why am I writing a book breaking down our workforce by generation? Because around age 30, I realized that some of my friends had figured out how to play the “professional” game while others had not, and it was causing a stunt in the professional growth opportunities for the latter if they weren’t playing along. I noticed I had adjusted and adapted my natural approach to work because I had great mentors in my 20s who taught me that I was doing, saying and wearing all the wrong things. I had no idea my natural behavior was so “Millennial.” Once I identified what young professionals were doing differently from older workers, and how generational frustrations were showing up in the workplace, it became clear to me that younger workers were raised completely differently from previous generations.

This unique upbringing, where children were given more technology, more choices, more say and more stuff, impacted the type of employees we are today. Are all Millennials like me? Of course not. In fact, I have identified what created most “old soul” Millennials — you know, the ones you love hiring because they show up on time, and they don’t wear leggings! Typically, these types of Millennials have a much more traditional mindset, more similar to those of Boomers, for example, and they often have one of three backgrounds or a combination of the three.

First, some grew up in a military family or served in the military themselves. This gives them a much more hierarchical, chain-of-command view of the world. Second, some were raised by grandparents or parents who were much older than their friends’ parents, which is why they seem to be more traditional, or one generation early, mentally. Finally, and the most common, is that many “old soul” Millennials grew up in a smaller, conservative community, often in a rural area, for example, where they didn’t have as much exposure to diverse ways of thinking as other Millennials from larger cities. Anyone raised under those conditions is likely to disassociate with the Millennial generation altogether because they weren’t raised like the others, and this book explains why.

Keep in mind that one’s perspective is not created based on birth year. It’s about mindset, which is generally created by the way a person was raised and what they were exposed to during their formative years as a child.